You don't necessarily need to read music, it's just handy. Just like you don't need to play by ear, but it's a big help! However, if you want to learn to read, there are lots of ways to go about it, and it's a worthwhile pursuit.

I'd love to hear a bit more about your accordion exploits so far.

PS - thanks for dating your post. Go to the head of the classs!

Thanks for another very thoughtful and useful discussion. You have made some apt comments about the differing natures of playing by ear and from reading. I am one of those who is far too focused on, and unnecessarily dependent on, reading.

With your help I am going to be playing more by ear; actually not "by" but with more focus upon. The buttons are easier to push with my fingers.

By the way, all the comments on this blog that I can see do contain the date and the time of submission. Perhaps this information is simply not displayed properly by your browser.

Go for it, Mike! Play by ear (but use your fingers).

Another cracking article! i quite often learn by ear but usually off recordings. i find it vey important to be able to sing the tune through in my head, otherwise its impossible to play it, therefore a good knowledge of the tune is vital!

A great help for me as;

1. I'm so slow learning to read, can't seem to concentrate beyond the fourth note and it feels very difficult as a mature beginner to get past abcdefg...I struggle with any other sequence!

2. I want to be able to read and pick up a tune as quickly as fellow learners seem to.

3. I don't want to be tied to having to have the music with me.

Your explanation is great. I'll continue to try to learn how to read but know that I can still learn a lot by ear.

Kris,
Thanks for this post. I think you have a great way of explaining things. I'm currently listening to the recording of my last lesson (my teacher plays a song on her fiddle and I take the recording home to learn it) and already found your tips about looking at the song's parts helpful. I'll keep working at it as I try to sort out all the notes and then memorize it.
You mentioned software that slows down a recording. Can you recommend something?

Laurie - The product most people use is called The Amazing Slow Downer. If you type this into a search engine it will come up. Wanted to put a link in this message but can't figure out how to do that!

This is a great article. I especially liked the introduction. Like you, I believe that playing by ear is one of the most important skills for any serious musician yet it's amazing how seldom it's stressed by mainstream music education. If anything, I believe the lack of ear training contributes to why so many people quit playing instruments after a year or two of instruction. It's extremely limiting to ONLY be able to play things for which you have written music.

I also like your suggestions. Here are a couple of free online ear training tools:

As you'll notice, one of the tools is a simple song randomizer which helps with the first exercise you mentioned.

Had a quick look, Rick. That's a handy little tool - thanks for letting us know about it. 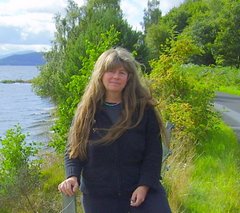